Urban Beach is pleased to announce the signing of international big wave surfer Tom Butler! Newquay boy Tom has already made something of a name for himself in the European and worldwide big wave scene, alongside his tow in partner Sebastian Steudtner, he is rated as one of the brightest talents to be emerging out of Europe.

At the age of 9 Tom started his obsession with the sea. He learned to ride on his father’s board and was stand up surfing by age 10. The ocean quickly took a hold of Tom as by age 11 he had already started competition surfing and he won 8 UK titles from ages 12 to 18! Making the fluid like transition to adult level, Tom has won the Men’s English title twice at ages 19 and 21 respectively. Since then tom has turned his attention to big wave arena and is now highly rated on the European scene as Paul O’ Cane organiser of the Irish Billabong Big Wave event commented:

"Tom’s rated as one of the brightest talents to be emerging out of Europe, for his big wave surfing performances, along with his current big wave tow partner they are the youngest and most successful Big Wave team in Europe.”

Tom will be involved in some exciting new product developments over the coming months with Urban Beach as well as sporting a range of stylish lifestyle clothing; he will even be involved in the design process of future products.

"I’m stoked to be representing Urban Beach for the coming year!” commented Tom.

He added: "Urban Beach have hooked me up with their new clothing and it’s all looking good. I’m enthusiastic to progress with the guys Urban Beach, help develop their ranges and work with their local design team to create some cool products!” 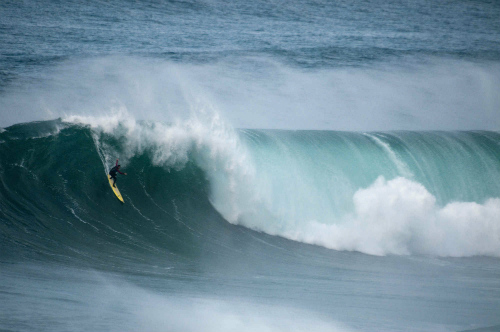 We are thoroughly pleased to have a guy like Tom on board with us. His input into the development of future Urban Beach lifestyle products will be invaluable in maintaining and improving on the blueprint that has served us so well. His activity out of the water as a charity ambassador for the highly publicised Joe Way Appeal, is also a reason as to why we think he is such a positive role model for the present and future of British and international surfing! Urban Beach Marketing Manager Tom Ellyatt commented:

"Tom’s an ambitious young talent, who travels around Europe hunting down the biggest waves he can find and having fun whilst doing it. It’s pretty clear why we wanted to sign him up to our growing team of riders!”

We look forward to keeping you up to date with the latest goings on with Tom Butler as he sets off on his escapades across the globe in search of the biggest barrels on the planet, trying to set the record for the biggest wave ever ridden!

You can catch all the latest from our official Facebook and Twitter pages, as well as from the man himself via his official webpage and social networks: