International big wave surfer and Urban Beach Brand Ambassador Tom Butler, caught a mammoth wave off of the West coast of Ireland, a feat which now has him nominated for a Billabong XXL award! 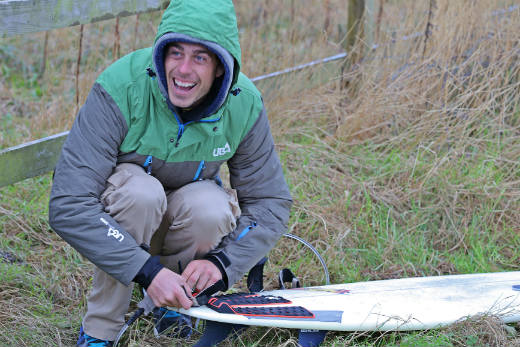 ‘Buttsy’ was towed into this huge slab of water at Mullaghmore Head, where the predicated stormy weather and tidal surge has once again brought about the ideal conditions for big wave lovers all over Europe. Check out the images below: 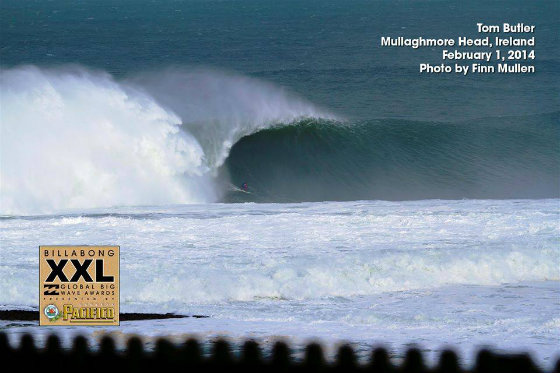 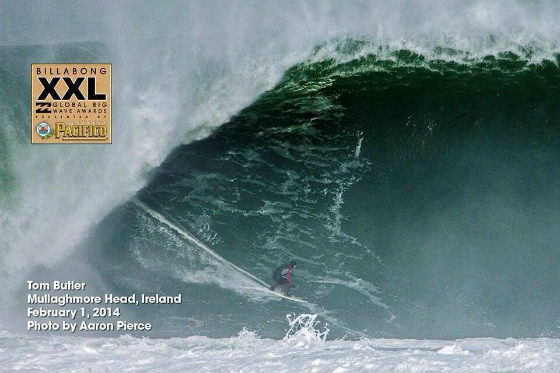 Speaking to GrindTV, Tom described the moment he entered the belly of this watery beast:

"It was a gigantic barrel, and I was standing in the jaws of it, I ended riding over the lumps of the three different ledge-y parts of the reef and came out. The boys were screaming. I sensed then that it might have been a pretty special wave.”

Take in the view from the water .
(Warning strong language)

Tom's Bomb by Peter Conroy from MSW on Vimeo.