Adrian Beholz, freestyle windsurfer and Urban Beach brand ambassador, took his place on the podium, winning both the first and second German Freestyle Battles of 2014! The first of the events being held at Lemkenhafen on May 11th, and the second at Pelzerhaken on May 31st!

The tournament features freestyle windsurfers from all over Germany, and competitors are judged on the set performance criteria by other freestyle riders.

Adi held off the competition to place first in both events, beating last year’s winner Tilo Eber in the final at Lemkenhafen; as well as up and coming freestyler Julian Wiemar in the final of a sun-soaked day of action at Pelzerhaken! 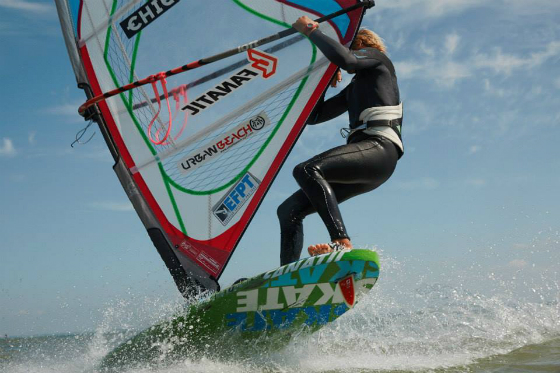 Also representing Urban Beach In the German Freestyle Battles was Mats Moyson and Shania Raphael. With Mats achieving 13th place at Pelzerhaken and Shania reaching 5th in the Women's event at Lemkenhafen.

Check out the footage below for some of the action from this year’s events: