International freestyle windsurfer, and Urban Beach brand ambassador Adrian ‘Adi’ Beholz recently dropped in with an update about his exploits in pursuing wind and waves over the last month.

The 23 year old German, who placed 3rd overall in the 2013 European Freestyle Tour, had this to say:

"After an amazing Brazil trip (more soon), I was away from sea, wind and waves for almost one month. I was "trapped” in cold Europe before I could meet with Tom and Ross and the new German distribution at ISPO Munich. I straight found myself back at the right place and knew we would start a great cooperation.

Two days later I arrived on Bonaire, with good feelings and some of the finest Urban Beach clothes! Bonaire is one of the ABC Islands in the Caribbean which is spoiled by consistently blowing Passat winds. The windsurfing freestyle World Champion Kiri Thode, as well as some more of the Freestyle Top 10, grew up on the island and influenced the sport of windsurfing from there.

Almost all the top riders are preparing on the island right at the moment, beginning of June the World Cup season will kick of here as well. I will be here till April, before I have to go back to Europe for another few competitions. But right now I'm enjoying an amazing two months where it´s just about one thing; pushing my own limits!

There are no disturbances at all on this beautiful island!!"

Check out some of the images of Adi's Bonaire adventures below: 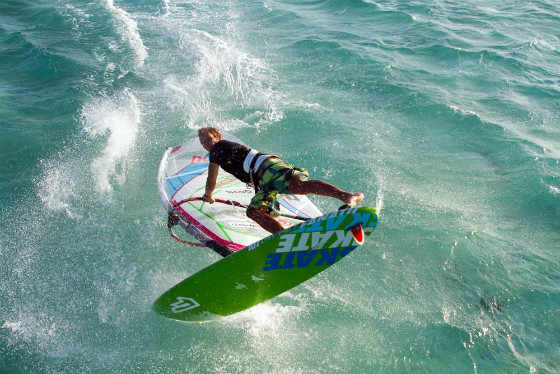 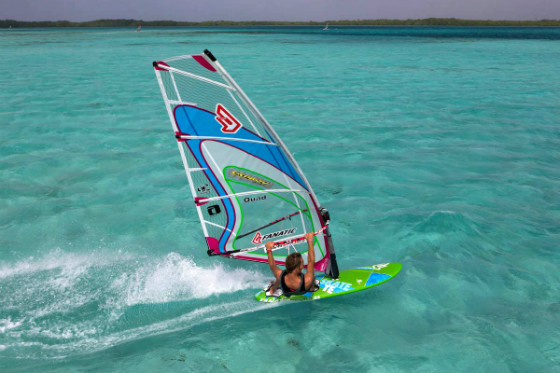 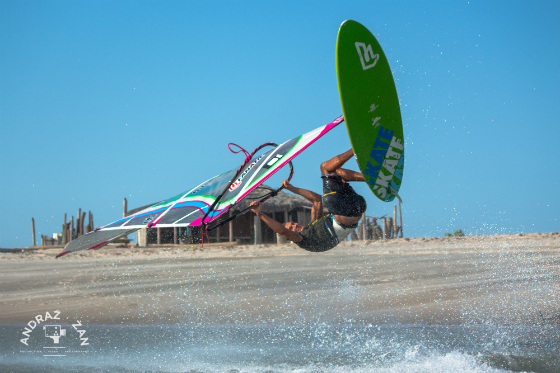 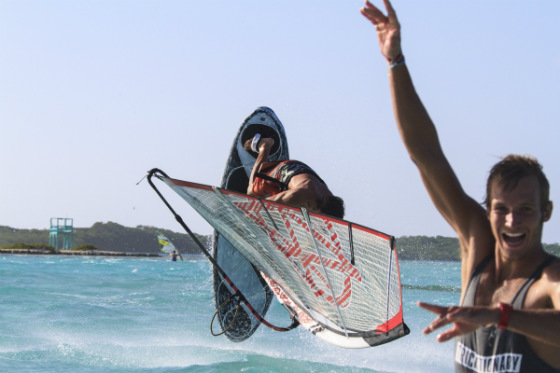 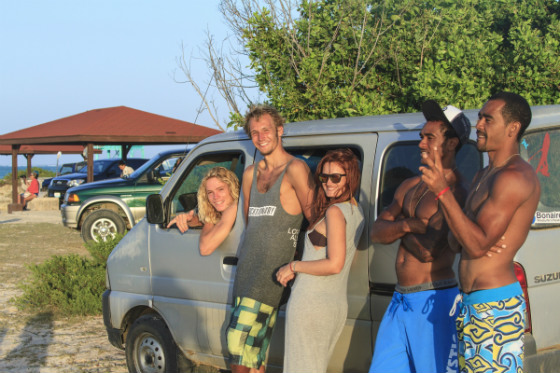